Although Onduline has superior resistance to the build-up of condensation to many roofing products such as steel sheets. With any single thickness material there is a risk of condensation formation during the winter months. Generally air movement generated by the provision of high and low level ventilation will help in avoiding this problem.

It is worth noting that condensation is a particular problem on shallow pitched roofs below 15 degrees, which do not benefit from effective convection stack ventilation, particularly on cold and damp still nights with little exterior air movement.

feedback reveals that condensation complaints are often related to other fixing problems, such as insufficient support or fixings to the Onduline sheets. So it is advisable to check the Onduline fixing against the fixing instructions first.

These notes will hopefully allow you to identify the problem and provide a cost effective solution, should you require assistance please contact our technical department. 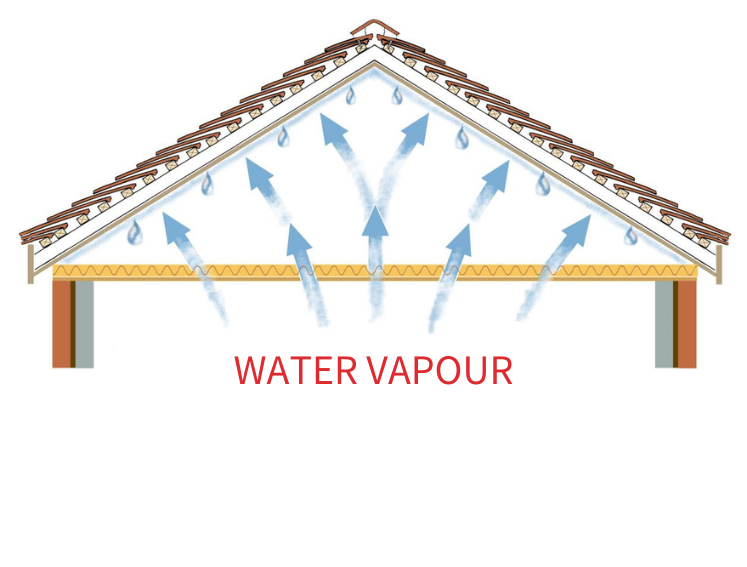 It should also be recognised the conditions that create condensation formation, so a little science to start with; as the pressure within the structure is always greater than the exterior atmosphere moisture laden air will always rise within a building. The resultant water vapour forms in the roof space, if there is little exterior air movement the ventilation that normally controls the build-up of water vapour is less affective.

As a result the water vapour contacts the underside of the roofing sheet, which in all probability has the coldest surface temperature in the roof space; accordingly dew point is reached when the water vapour condenses into water droplets on the surface of the sheet, moisture can also form on structural roof elements; or result in interstitial condensation within materials such as insulation.

The Onduline sheet has a dappled surface designed to stop water droplets from running down the sheet underside and concentrating in vulnerable areas. 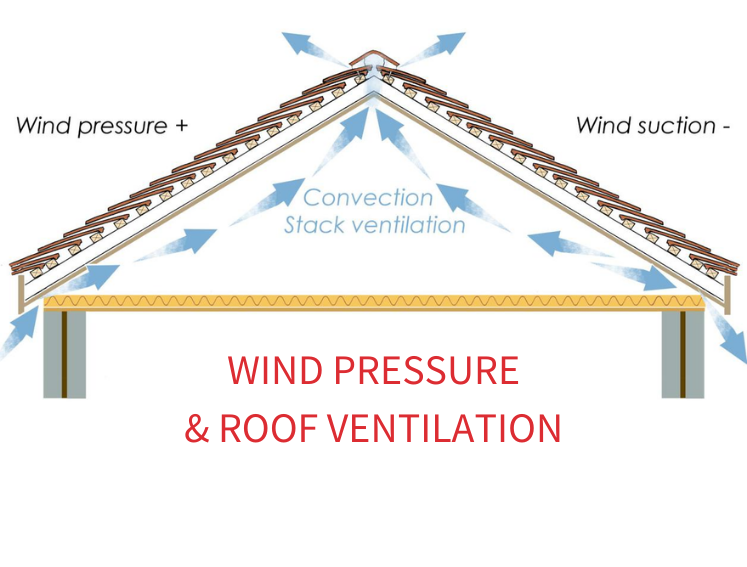 Convection within the roof space 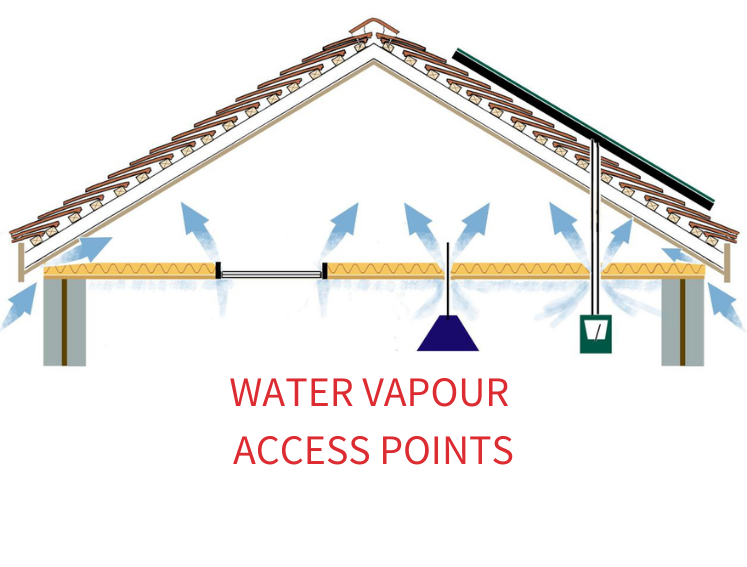 The provision of vapour barriers at ceiling levels (such as foil backed plaster board with taped edges) does not replace the need for ventilation to the roof space, as water vapour will often penetrate into the roof space through light fittings, pipe conduits, and around roof access doors etc. It is for this reason that ventilation provision must always be provided to the Onduline sheet corrugations, even when laid over a warm roof section incorporating a vapour barrier, insulation and decked roof below the Onduline sheets.

Effects of condensation on Onduline sheets

The effects of condensation can be severe causing structural damage to the roof structure fixings and components and is often associated with deterioration of roof timbers.

Condensation formation is often associated with new build projects constructed during the winter months as the combination of high internal moisture levels within the building (particularly if a new concrete base is laid) and the drying out of the building combining with cold climatic conditions creating the perfect environment for condensation formation this problem is highly unlikely to reoccur after the building has dried out over the summer months. If insulation has been used interstitial condensation can result as moisture droplets forming within the insulation layer further reducing the thermal efficiency of the roof and accelerating degradation.

Condensation water droplets falling from the Onduline sheet can cause damage to stored items in the roof space / building, although it should be noted no hazardous elements are contained in the droplets, which normally contain only traces of atmospheric pollutants and production residue which do not stain non porous surfaces such as vehicles and can be removed with proprietary cleaners such as diluted washing up liquid.

If the condensation / ventilation issues are not addressed mould spores which float in the air can establish and grow on the underside of the sheet, when allied to a constant temperature and poor ventilation provision.

During periods of sub-zero temperatures the underside of the sheet will have a surface temperature below freezing point. Accordingly water vapour contacting the sheet will freeze, then as the sun warms the sheet in the morning it melts forming water droplets, which are often mistaken for leaking sheets, or condensation formation.

The risk of condensation formation is often at its highest on still cold nights with little exterior wind generated air movement and high atmospheric humidity levels. This risk is increased on buildings with new concrete floors, as moisture is released as the concrete cures which could explain that often condensation is reported for the first autumn and winter only.

Restricted ventilation and high internal moisture levels associated with inadequate high and low level ventilation will often result in condensation related problems to the under-surface of the sheets. Condensation water droplets forming on new sheets can cause discoloured water droplets. Whilst timber tantalising agents to cause ‘white’ staining to the sheet underside.

Condensation can be avoided by good roof design and generally fixing the sheets in accordance with the fixing instructions. But this is little comfort for those confronted with the damaging effects of condensation, so we have detailed some simple solutions, they are for cold roof construction only with the underside of the Onduline sheets exposed.

Should you have an insulated ‘warm’ roof construction please contact our technical department for further details, as upgrades on insulated roofs require careful consideration of the provision of vapour control barriers.

Before starting work check your roof against the product literature to ensure the roof has been fitted in accordance with the fixing instructions and is in good order. As reported condensation problems are often related simple to incorrect installation. Next check if any remedial work is required to the roof structure and clean gutters and roof sheets of leaves and debris and ensure no overlaying branches are making contact with the sheet surface.

Onduline Double-resin Classic sheets which feature weathering resin ‘stained’ into both the top and underside sheet surfaces are available for buildings with a high internal humidity level such as animal housing, these sheets provide greater resistance to the risk of condensation formation. Whilst on buildings such as poultry housing with high internal ventilation levels we advise the Onduline sheets are laid on a suitable roof deck such as 12 mm exterior plywood deck overlaying purlins set at the correct centres to accept the 25 mm nail penetration. High and low ventilation provision should also be made to the sheet corrugations by forming slots in the decking to provide high level ventilation. Please contact the technical department for additional information.

Browse our full range of products to find a suitable solution for your roof project.